Judith Louise Bricker Maxwell was born the day after Christmas in 1952 to Robert and Helen Bricker in Fontana, California. Her parents soon moved Judy and her four siblings, Debby, Paul, Jon, and Doug, to Montour Falls, New York. They later moved back to Southern California, where, on Judy’s 16th birthday, she met her future husband, Tracy Maxwell. They married two years later, in 1971, on a scaldingly hot September day in Riverside and spent 10 years exploring, working, buying their first home, and growing up together. In 1981, they became a family of three as they welcomed a daughter, Sarah.
Judy and Tracy were quite a team, supporting each other and young Sarah, all while working and Judy commuting to Cal State Fullerton to earn her business administrative management degree. Judy soon began a long and successful, albeit sometimes thankless and stressful, career in the men’s surf clothing industry. Living in Riverside her whole working career, her jobs took her as far as Orange County, San Diego, and Los Angeles, with travel to Guatemala, London, New York, and Milan, to name a few locales. Her last job before retirement was as the director of merchandising at Warnaco, working with designers creating Speedo and Calvin Klein apparel. She even met some of the swimmers from the U.S. Men’s Olympic team who wore the innovative wetsuits designed by her team.
Newly retired, Judy and Tracy moved to the Four Seasons at Beaumont, an active 55+ community, in 2014. They enjoyed meeting neighbors to play pickleball and Judy joined the Tails & Trails dog group, bringing her 100-pound lab, Jack, along on walks in the community. She loved chatting with neighbors at the Four Seasons bistro, helping plan large Fourth of July block parties, and visiting with her two siblings and their spouses who also lived at the Four Seasons. She was thankful to have her younger brother, Jon, and his wife close by in Riverside, and she always loved seeing her nieces, nephews, and their families. She never got to be a grandma, but she liked to call Sarah’s little poodle, Penny, her “granddogger.” She and Sarah spoke every evening on the phone, even if it was just to say that she had been a “bump on a log” that day and mostly napped and read her book. Sarah will miss calling and hearing the familiar, “Hello, who is it? Is this Sarah Maxwell?” that her mom always said in a high, cheery, joking voice.
After years of managing a rare genetic blood disorder, 2020 brought a sudden change in health. It was discovered that she had developed a rare form of leukemia that, when coupled with her blood disorder, was deemed incurable. In the last two weeks of her life at home on hospice, she was visited by all those who loved her, including her best friend since 7th grade, Cathie Underwood, and her husband, Gary; her nieces, Kim, Stephanie, Kristen, and Amber; her nephews, Nate, Zach, Josh, Adam, Paul, and Rick; her best friends, whom she met decades ago at work: Rita (with husband Brian), Sigrid, and Carol; and, of course, her sister, Debby, brothers, Paul and Jon, and their spouses, Charles, Joyce, and Stormy, respectively. Tracy and Sarah were so thankful to have her home and to be able to love and care for her. They celebrated the good times with popsicle parties, music, laughter, foot rubs, The Office reruns, and Bridget Jones’s Diary on DVD (at Judy’s request, of course). As hard as those two weeks were on the Maxwells, that time was a gift.
God is good, and Judy was not in pain, although she was restless and was soon ready to join her mom, dad, brother Doug, grand-niece Courtney, and hopefully even her beloved lab Jack with God in Heaven. On July 1, 2020, with Debby, Charles, Jon, Stormy, and Sarah’s best friend, Maggie, there to support Tracy and Sarah and give her their love, Judy waited patiently until the hospice nurse arrived a little after 10:30 p.m. and then took her last breath and released her soul to rejoice and begin her new life in Heaven.
She will be remembered as easygoing, smart, funny, sometimes stubborn, and oh-so loving. She loved her roses, a good book, traveling with Tracy and her “sibs,” checking your shirt tag for garment info, laughing at Sarah’s impressions and stories, and spending time with her family and friends either shopping or relaxing with her feet up. Her family thanks God for all the memories created and love shared with Judy, and they are so grateful to have had her as a wife of almost 49 years, mama, sister, and aunt. She is home now.

Gone From My Sight
I am standing upon the seashore.
A ship at my side spreads her white sails to the morning breeze
and starts for the blue ocean.
She is an object of beauty and strength,
and I stand and watch until at last she hangs
like a speck of white cloud
just where the sea and sky come down to mingle with each other.
Then someone at my side says,
“There she goes!”
Gone where?
Gone from my sight . . . that is all.
Her diminished size is in me, not in her.
And just at the moment
when someone at my side says,
“There she goes!”
there are other eyes watching her coming . . .
and other voices ready to take up the glad shout . . .
“Here she comes!” 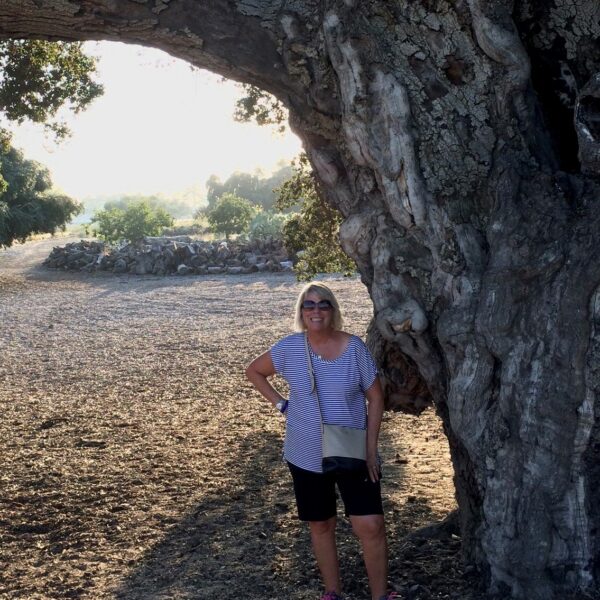